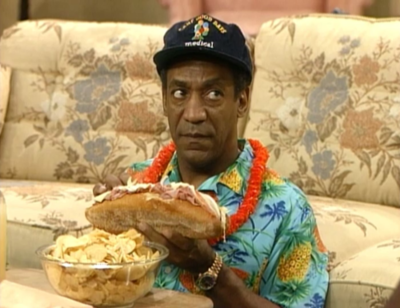 People used to ask me, “What was it like working on the Cosby Show?” Now, they ask me, “Is he guilty?” The question, of course, refers to a series of accusations that began to hit the public consciousness in 2014. A number of women have stepped forward to claim that Bill had behaved inappropriately with them – groping, propositioning, and exposing himself. There were also several women who leveled far more serious accusations. These women claim that Bill had drugged them and had sex with them while they were unconscious. On the street and in the courtroom, that is called rape.

As the story broke, I had dozens of reporters and friends reach out to me and ask if the stories were true. I can’t imagine how inundated with inquiries Malcolm was, or Phylicia. It must have been hell.

I found the entire controversy extremely disturbing.  I think I have made it clear that I loved Bill Cosby, and that I still do.  Bill Cosby was my boyhood idol. I was fortunate enough to work with him and to find him as kind, clever, and brilliant as I had always imagined. Discovering that the man you idolize may be a serial rapist is a bit traumatic. I don’t imagine it is anything near to the trauma of the alleged victims. Nevertheless, I found it unsettling.

For the longest time, I refused to believe there was any veracity to the stories. Then, tales began to be told by women I knew personally. I was particularly shaken the afternoon I bumped into an old friend while shopping. The controversy was at its height. The story of Bill was all over the press. I hadn’t seen this woman for many years, and we stopped and exchanged a bit of friendly conversation.  At one point, I realized that Bill had been her mentor (play father, teacher…something. I couldn’t quite recall what it was).  The question popped into my head.

“Hey, do you mind if I ask you something?”

She looked at me and then asked, “Is it going to make me cry?”

She smiled. “Go ahead and ask your question.”

“Back in the day,” I started. “I remember that you knew Bill – that he was like your mentor or something. Did he ever…”

Before I finished the sentence, she began to cry.

We spent the next two hours sitting on a bench talking. Through tears, she told me her story. She cursed him for violating both her trust and her body. She cursed herself for not being smarter. I listened patiently. As she began to run out of steam, she turned to me. “Do you believe me?”

“Because I don’t believe that you are crazy and only a crazy person would sit with me all this time and share a fantasy.”

I was sorry I had made her cry. I wondered if, perhaps, our conversation was cathartic for her. I know it was heart-breaking for me.