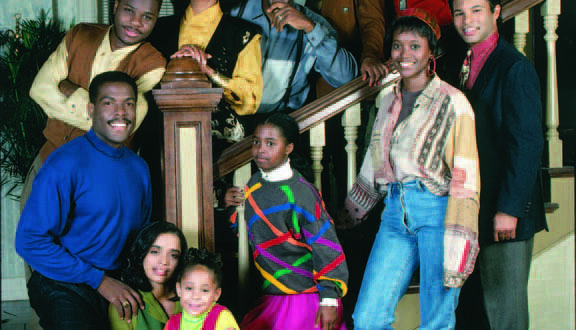 Sometime during the spring, while sitting alone in my new house in New Jersey, I began to realize that whatever future I was going to have, I wanted the redhead to share it with me. I didn’t know why. I knew several nice ladies, all of them beautiful, smart, kind, and a couple of them (Ivory for instance) even wanted to marry me. However, as I sat in that house, the only woman who was on my mind was the one with red hair and freckles. I knew what she wanted, or at least what she had wanted from me the last time we had dated. I also knew there was no way she was going to come back to me unless I could promise to be true and unless she trusted that I was telling the truth.

In the months since the two of us had last seen each other, we hadn’t lost touch. We had continued to talk on a semi-regular basis, maybe once a month. The fact that she returned my calls actually gave me a sense of hope. If she was completely finished with me, she wouldn’t be on the phone with me once a month, or talk about going to concerts with me. When the springtime rolled around and the winter snow began to melt, I decided to let her know what I was thinking. In spite of our regular phone conversations, it took a bit of persuading to get her to meet me for lunch. She suggested that I pick her up on the Rutgers campus and we could grab a bite at a local bistro.

I hadn’t seen her in seven months. As I pulled up in my new convertible Corvette, she smiled and waved. She was beautiful. As she sat down into my car, her skirt slid up revealing two perfect caramel-colored thighs. I had clarity in that moment. There was no question in my mind that I wanted her and that if she came back, I would be true.

At lunch I made my pitch. “I want us to be together-just you and me in a serious relationship. No nonsense.” I’m not sure what I expected her to say. Maybe I thought she would scream, “Yes!” and throw herself into my arms. Alas, that did not happen. Instead, she grew quiet, looked off into the distance, then looked at me and said, “I have to think about it.”

A few nights later, we had a long talk on the phone and she confessed that she was in love with me, but that she just wasn’t sure. “I’m in a relationship.” I wanted to quote some lyrics from Biggie to her: “What’s your man got to do with me? I ain’t tryin’ to hear that see.” I bit my tongue. She suggested that we keep talking.

I wish we would have sealed the deal right then and there, because, the following day, I left for Los Angeles to judge the Miss Collegiate African-American beauty contest. I was gone almost a week – in which time, I met and began a romantic relationship with Rochelle, a young college student from Baton Rouge.

Talk about self-destruction…Self-destruction and stupidity! I convinced myself that the redhead was taking too long, that rather than take her time, she should have jumped at the opportunity to come back with me, and that, well, Rochelle was awfully sweet, and awfully pretty.

A month into seeing Rochelle, I knew I had made a horrible mistake. As sweet as she was, the 10 year age difference was an obstacle we were not going to overcome. There was no amount of swinging from the chandeliers that was going to change the fact that I was in love with someone else.

My dalliance had put me back to square one with the redhead. She shook her head and went on about her business. She spent the next five months telling me that it was useless, that it just wasn’t going to work. In December, I convinced her that if she could tell me to my face that she didn’t want me, I would leave her alone for good. She agreed. I met her on the corner of 34th street and 7th ave, in front of Macy’s. She fell into my arms. We kissed and as I held her I promised I would never leave her. Four months after that kiss, I proposed. A year and a half after my proposal, we were married in Chicago. We have been together ever since. The redhead’s name is Nicole. We have three boys and have been married for 23 years.

Previous Article WINTER IN NEW JERSEY
Next Article IS IT A RISK OR A GAMBLE?