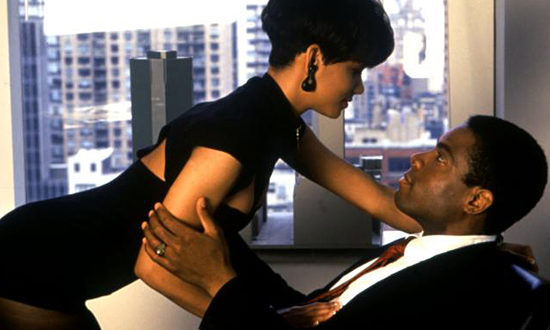 Nicole had experienced my bouts with depression, but living with it was something entirely different.

I wish I could say that Nicole and I have had a fairy-tale marriage. There are certainly elements of the fairy-tale love affair in our relationship. However, when Nicole married me, she also married the gray lady and the old bitch set up house with us and has caused more than a little bit of trouble.

In recent years, several high-profile men have committed suicide: Don Cornelius, creator of Soul Train, took his life as did music mogul Chris Lighty. Tired of battling marriage and financial woes, Chris put a gun to his head and blew his brains out. When comedian and actor Robin Williams took his life, a friend of mine finally called me and expressed confusion.

“I don’t understand how anyone could feel so low, so utterly defeated, that they take their own life.”

Still another friend was incensed by what he viewed as the weakness in the men. I tried to explain to both of them that they were wrong.

“What is it like to be depressed?” I asked. “To be depressed is to be treading water in the middle of the ocean. All around you it’s cold and gray. The sky is gray with just enough light to make out the horizon in each direction. The horizon is blue gray and the water is a deep steel gray. Everywhere you look there is just more gray: gray water, gray sky, gray horizon.”

I continued, “Living with depression is to swim in that sea of grayness. You start out in one direction and you begin to swim. And you swim until you are tired. You pause to catch your breath and to assess your position. Are you any closer to land? Is there a ship crossing your path? You look and all you see in every direction is nothing–the same grayness. You decide to swim in another direction and you swim until you are tired and again stop and tread water. Still nothing but gray. Sometimes the water is still and other times you are rocked by huge waves, crested with light gray foam. The only thing that doesn’t change is that you are alone in a sea of gray, with no land in sight.”

I took a breath before continuing. “If you are lucky, every now and then, a ship sails by and you have a bit of company for as long as the ship is in sight.

For some, the swimming becomes too exhausting. They begin to believe that whatever is on the other side is certainly better than the endless swimming, the unceasing cold, gray loneliness. These people aren’t weak, they have been swimming and treading water for years. No, not weak, just tired. There is a difference.”

Try as he might, my friend just couldn’t understand. “We are all connected,” he protested. “No one is alone in this world.”

I actually laughed. “That’s bullshit,” I offered. “Sure, in some way there is a shared humanity. However, the bitter truth is that each of us comes into the world naked and alone; we go out the same way. In between, the lives we live are mostly separate. The despair I feel is not felt by my wife. The pain, hunger, loneliness, sadness – none of that is shared by the collective, rather, they are experienced – and acutely so – by the individual. The truth is that most people suffering depression would love to pawn off a bit of the pain onto a friend – anyone, really; they can’t. They bear it day in and day out, rain or shine, until, for some, they simply run out of energy.”

I think my friend was worried.