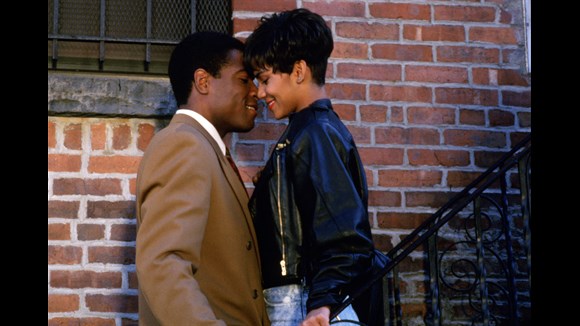 My friend needn’t have been worried. I was not about to go the route of my mother and commit suicide. I wasn’t prepared to leave the same legacy to my loved ones that she left to me. That is to say, her suicide was the defining moment in my life and, near as I can tell, the primary source of the depression I have battled since I was in high school.

My mother and I did not have a very good relationship. In fact, I was convinced that my mother didn’t like me very much. We argued quite a bit and she said hurtful things to me – things about my weight and my grades and my hygiene and whether my room was clean. In hindsight of course, I understand that some of that was just the bumping of heads that many parents have with their adolescent children. But at the time, it crushed my spirit. Our relationship became so bad that at the beginning of my sophomore year in high school, she kicked me out of the house. I moved in with my father.

After my move, my mother’s moods began to swing more erratically. By Christmas, she was terribly depressed. She broke down when she learned that my father had remarried. Of course, typical of my father, he got angry with me for leaking the information. I was spending Christmas with my mother and my two younger sisters. Before I left for my mother’s house, my father warned me, “Don’t say anything.”

I wanted to tell him, “Negro, I am 14 years-old. Don’t get me mixed up in your fucked up relationship.” Instead, I just said, “Okay.” My father wasn’t any help. He provided me no cover at all. Just left me hanging out on a ledge all by teenage self.

My mother had tried to reach him, but couldn’t. We were sitting at the kitchen table, eating breakfast when she began to pump me for information.

“Where is your father?”

Butter wouldn’t melt in her mouth. She was so cool. Took a drag on her cigarette and asked like we were just two homies talking. Great. I could play cool as well.

“I don’t know.” I responded and took another bite of captain crunch.

“He didn’t tell you where he was going?” Another drag on the cigarette.

“Uhm…I forgot.” I wasn’t as cool as I had thought.

“Joseph, you can tell me. It’s alright.”

“Did he get married?”

“I don’t know.” I was beginning to panic. I have never been a good liar and I never liked lying to my mother. She had trained me well.

“He’s getting married isn’t he? Just tell me.”

The tears began — hers and mine. There was a flurry of phone calling and then she disappeared, wandered outside in her nightgown, heading to Cherry Creek reservoir to jump in the water. Merry Christmas!

Clearly, I can’t keep a secret. I’m telling everyone right now, if there is war, don’t tell me anything you don’t want the enemy to know. A bowl or two of Captain Crunch and I’m telling everything I know: your name and address; your mamma’s name and shoe size…

I discovered later that my mother was having relationship problems of her own. Her boyfriend, Larry, who lived in Seattle, was supposed to have called her and didn’t. I believe she discovered that Larry was cheating on her and was, in fact, not going to marry her as he had promised.

To make matters worse, she had a hysterectomy near the first of the year and her hormones went crazy. I don’t think she was able to ever regain her footing.

After my move, my mother had not allowed my sisters to visit me. I was allowed to go home, but my sisters were not able to visit me. As a result, I didn’t see my mother or my sisters very much that autumn/winter. By the second week in February, I hadn’t seen my sisters in more than a month.

Finally, one Friday — that second February week — my mother relented and allowed my sisters to come visit me. We were all excited. For all the arguing my sisters and I did, we missed each other and we were looking forward to the weekend.

That Saturday, I performed a magic show. Afterward, my father and I drove to pick up my sisters. When we arrived, my mother wasn’t there. She pulled into the driveway as my sisters were climbing into the car. I stood on the curb and watched, as she stood in the driveway, crying and holding herself. I wanted to go hug her, but I didn’t. Instead, I held up my new rabbit for her to see.

My sisters and I had a great deal of fun that weekend. When it was time for them to leave, I wanted to watch the end of something on television, so I hugged them goodbye and I settled down in front of the tube.

My father had been gone a long time. “It’s not that far to the house,” I thought. “Daddy should have been home by now.” The minutes dropped in chunks, until finally there was a knock at the door. My brother-in-law, Mark, (my older sister’s loser first husband), stepped inside and told me that I had to come with him. I figured my parents were fighting again, so I shook my head no. “I’m not interested in being around that.”

I’m not sure what it was, perhaps something in Mark’s eyes. Maybe it was some psychic connection with my mother, but I just knew. I asked matter-of-factly, “Did my mother kill herself?”

Mark just nodded his head slightly. I grabbed my coat and we headed out into the cold February night.

I was calm the entire way to the house. I asked a few clinical questions: How did she do it? Who was there? stuff like that. When we pulled up to the house, the night was lit up with the red and blue flashing lights from the police cruisers and fire department trucks. The garage door was open and as I exited the car, I could see my mother’s green Plymouth Fury with the drivers side door open and my mother’s body spilling out of the seat.

“I want to see.” I started walking toward the garage.

We walked into the house, which was dark except for a light in the kitchen. I walked into the kitchen and saw my three sisters standing there and we all began to cry.  We cried like I don’t think I had ever cried before. We held on to each other. My father stepped over to us and the five of us just held each other and cried.

That moment is really the demarcation point: there is life before that moment in the kitchen and then there is life after that moment. It’s as if I was born into a darkness of seeing her limp body, hanging from the front seat of her car. From that moment, sadness and anger became my primary moods. A deep, all-consuming dejection, a kind of shadow crept over my life and held me captive like a jealous lover: A gray lady.