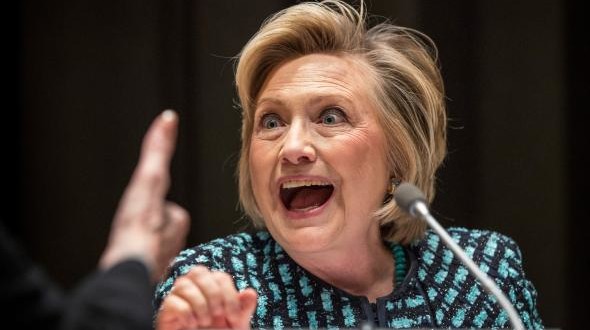 There is a lot of talk about recent polls showing Donald Trump leading the GOP presidential field.  I understand why this is news.  Trump says outrageous things and polls showing him in the lead play into Progressive narratives about the loony Right, the racist Right, or the loony and racist Right.

However, there is another story in the polls, one that while not being ignored is certainly not getting much traction.  That story is the falling poll numbers of Hillary Clinton and the rising fortunes of Bernie Sanders.

According to Real Clear Politics, on Monday Clinton led Sanders 63% to 14%. The latest poll has Hillary at 57% and Sanders at 22%.  No, he’s not exactly nipping at Clinton’s heels, but that misses the point.  Clinton’s numbers are not growing, they are falling.  There is a lot of time left and it seems that whenever Hillary makes an appearance, her numbers fall.  Not a good sign.

Donald Trump is not a genuine Republican. Aside from some fiery rhetoric about illegal immigration, he has no plans, no new ideas, and no policy prescriptions that are not straight from the Democratic Party platform.  The GOP needn’t worry about Donald Trump.  It may be that the Left should begin to wonder about Hillary Clinton.

Previous Article THE TROUBLE WITH DIVORCE
Next Article PALOMA